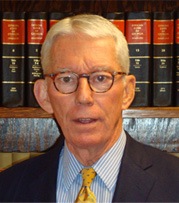 Sam Choate has extensive experience in numerous types of litigation, with a particular focus on business, contracts, commercial, franchise, and employment law at both the trial and appellate levels and in arbitration.

Mr. Choate is a licensed Georgia attorney and is admitted to practice in all courts in the State of Georgia, including the Supreme Court, and Court of Appeals. He is also admitted to practice in the federal district court in the Southern District as well as the Eleventh Circuit Court of Appeals.   Mr. Choate is also a member of the bars of the United States Tax Court and the United States Supreme Court.

Mr. Choate is also actively involved in governmental affairs. His experience in this area includes serving as General Counsel to the Speaker of the Georgia House of Representatives from 2005 to 2007 and Counsel to the Republican Caucus in the House from 2002 to 2004. Since 1981, Mr. Choate has managed and participated directly in lobbying and public relations efforts for his clients in more than twenty-five states.

Mr. Choate is a member of the Chamber of Commerce, Phi Beta Kappa Society, and is recognized by the Supreme Court of Georgia as a Mentor with the State Bar Transition Into Law Practice Program, as well as several other civic, and fraternal organizations.

Mr. Choate and his wife, MJ, reside on St. Simons Island and have two grown children.

We will respond to your inquiry in a timely fashion. Thank you.